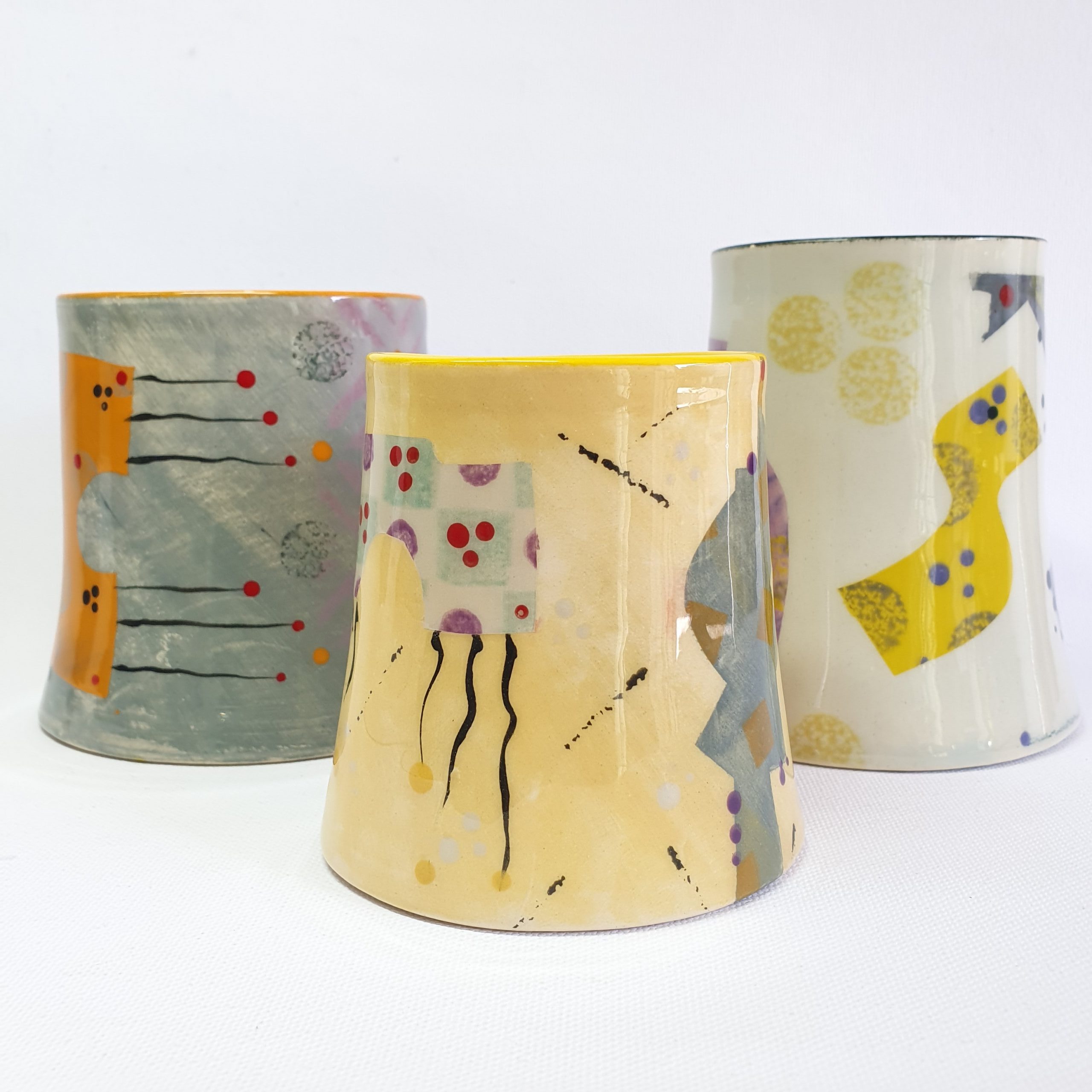 John Wheeldon has not shown his work at Bevere for some time. He is an established and respected maker with a reputation for high quality and an apparently indefatigable creative curiosity. His decoration is skilfully and imaginatively applied and changes as his exploration of making possibilities opens up new possibilities.

John was born in the Derbyshire Dales, the area where he still lives and has deep roots; his family has lived there for generations. He has always been aware of the early industrial past that surrounds him, being the birthplace of the Industrial Revolution.

For several years now, he has been developing an interest in the history and qualities of early eighteenth-century ceramics the time of the Lunar Men, The Enlightenment – the very beginnings of Industrial Ceramics. For some time, this has been the inspiration for his fine work.

However, his constant search for new approaches to making and decoration has led to his most recent output. High fired earthenware vessels thrown or hand-built decorated with underglaze slips. The motifs used in the decoration are from various sources, some are re-imagined from previous work, some from drawings of objects seen or remembered or from things observed that have hung around in the recesses of his subconscious for years before surfacing.

I have always been impressed with John’s ability to change the style of his pieces and although it may change, the quality and elegance of his making remains at the highest level. This is essentially the creative driver we often encounter in ceramicists who cannot stand still and continue to explore the possibilities of their craft throughout their working lives.  John is a classy maker and I am looking forward immensely to the work we will be privileged to be showing during October. I hope that this brief trailer for John’s feature stimulates your interest too. 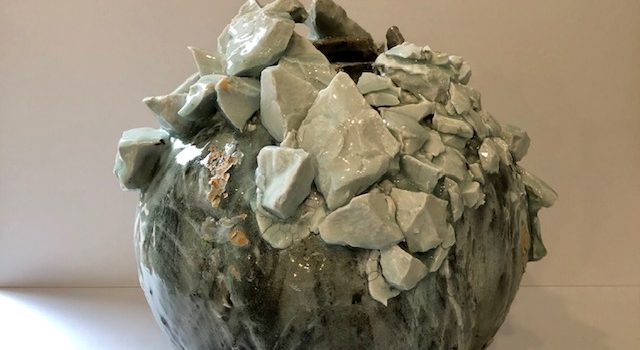 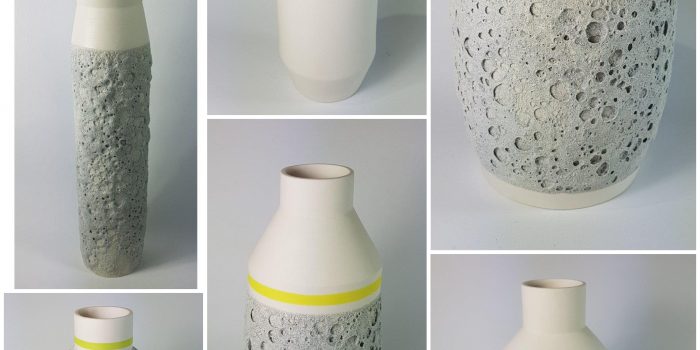