The Maker’s Lunch is now becoming an established feature on the Bevere calendar, however each of these events is an unpredictable two hours of conversation with open and frank discourse with the invited maker. I had assumed at the outset that there would be a time when we would be hearing much the same responses from our guests each month – far from it. Each lunch has demonstrated that ceramicists are as diverse as their pots and so it proved again with a thoroughly entertaining and insightful two hours with Peter Hayes. I have known Peter for quite a few years now  and notwithstanding the advancing years his creative energy and enterprise grow rather than diminish.

Peter has been showing at Bevere for a number of years and we always have high expectation when a new group of pieces is due. We are never disappointed.  His distinctive and original work has always impressed. Whatever the scale, from small to very large, every piece has a presence and significant visual impact. By building up textured clays combined with burnishing and polishing the surface, Peter achieves opposites of rough and smooth with finishes from weathered clay to sun baked leather.

What he revealed during his time with us, was a desire to produce work which evoked a response from people through simple, elegant design. He had always wanted to avoid over-complication which obscures the beauty of grain and texture in the clay and provokes a desire to touch and physically experience each piece.

Peter has a strong intellectual curiosity and his desire to travel is fired by an interest in different cultures and their approach to craft as well as making. He spent 10 years working and travelling in Africa and for the last nine years has been working in India for two months of the year helping to support craft communities. He welcomes the interactions of the relationships with Indian craftsmen which has led to him looking at new constructions and using different materials.

He emphasised the importance of Bath and his studio above the River Avon and how the context within which he works contributes to his making process – pieces left in the river for long periods, the use of clays left decades ago by the canal to repair and reinforce collapsed banking. Incidentally, having worked for his father in print making when he was young and not enjoying the experience, he was determined that his children would not work for him – his son and daughter are now key members of his team!

These reports are intended to give a brief insight into two hours of stimulating discourse and an excellent lunch – in Peter’s case you will gather there is material for a lengthy essay. He sometimes feels that he may be guilty of rambling too much but in effect every aspect of his reflections on his work, ceramic practice and extensive career provides considerable insight into the life of this remarkable maker. Long may he continue. 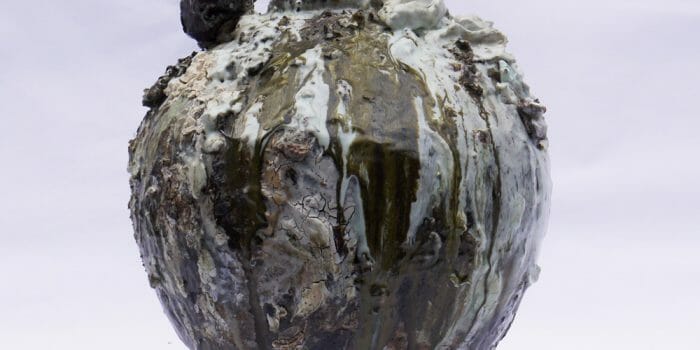 It is always a pleasure to change over the gallery and create a different... 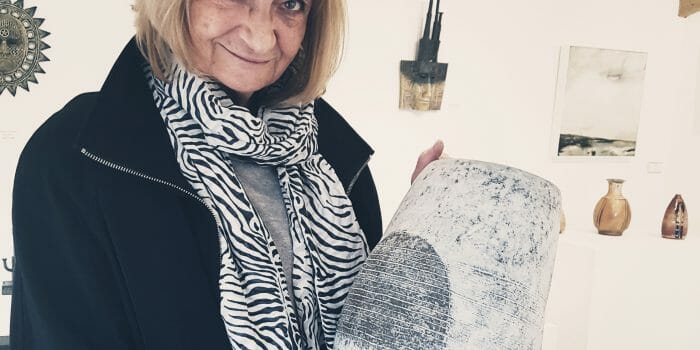 THE MAKERS LUNCH REPORT GABRIEL KOCH 1 DECEMBER 2018 It was a particular pleasure to...