Deputy Vice President of the Royal Society of Painter-Printmakers

Louise specialises in prints and oil paintings depicting landscape with a vibrant use of colour. Pools of colour overlay etched line, each one bleeding into its textural paper base. Her use of vivid hue converses elegantly with her printed line while achieving a delicate balance that enriches the enjoyment of both.

Louise was brought up in the South West of England, mainly in Bath. She was introduced to printmaking at the age of 16 when studying at Plymouth college where she began etching in their highly sophisticated art department. She applied to St. Martins and was immediately accepted onto their Fine Art course, which was her first visit to London where she has stayed ever since.

In between having her three daughters, she went to Camberwell College of Arts and studied for an M.A. in Printmaking. She became a member of the Greenwich Printmakers in 1997 and was one of the founder members of the Southbank Printmakers.

Louise is incredibly experimental when it comes to printmaking techniques, using a diverse range from aquatint to collagraph and beyond. She starts with a strong line drawing directly from her sketchbook, which she always carries. She often makes intuitive marks combined with a good use of colour to achieve an overall pictorial balance. She draws her design using zinc plates and a hard ground with a special etching needle, creating lines which are often spontaneous but always referring back to the original sketch. She also uses a litho crayon which creates softer marks.

She depicts nature and the way the light and weather affects the feelings of the day through the use of translucent colour and fluid, impromptu lines. Louise is inspired by artists such as Rothko, with his strong use of colour to communicate a mood, and Miro with his whimsical use of lines. 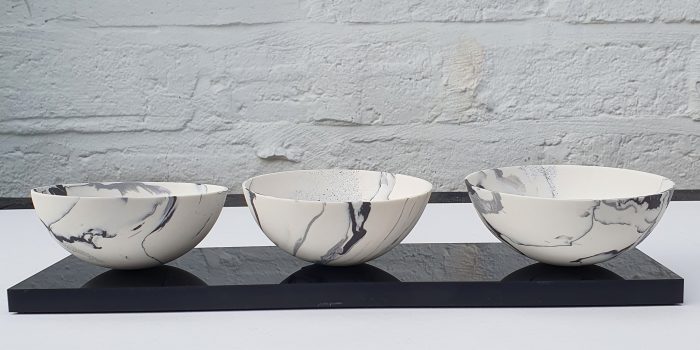 THE CERAMIC CURATORS VIEW OCTOBER  2022 Autumn is here but, as always, we hope that... 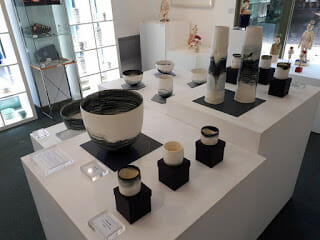 Curator's View September 2017 Whether you see September as late Summer or early Autumn this...