The second of our two part Three of a Kind exhibition has makers of quality, each with established reputations in contemporary ceramics. They have been invited to take part because they are prime examples of the diversity of the craft through their chosen making process. Together they enable us to mark the 15th Anniversary of Bevere Gallery as a contemporary ceramic specialist and importantly 50 years as a centre for local art and craft.

With her experimental decorating technique Clare’s fine stoneware captures the poignant beauty and drama of weathering and corrosion – the point of balance between existence and decay. She finds the vessel form the most satisfying to use and enjoys the traditional method of wheel-throwing adding to the sense of time captured.

The work of Clive Bowen can be traced back to pots like English medieval jugs and early Tamba ware from Japan. He hopes that he is re-inventing them and not merely imitating. From this Gallery’ perspective he is a master potter with a strong contemporary sensitivity.

Devoting most of his career to porcelain, Jack has developed a unique process of crafting his ceramic objects. Shapes are thrown, carved and formed using only one type of porcelain; one slip including copper carbonate and a single high temperature  soda-firing technique. Beautiful vessels!

Penny’s aim is to explore the subtlety of the hollow form in which the function is secondary to the form. Her interest in bone china is to create pieces with variable areas of translucency, exploring the possibilities of light and shade, sometimes incorporating opaque areas with colour.

Jane specialises in idiosyncratic hand painted figures representing a witty and uncluttered observation of the world. Figures that stand alone or placed in an architectural landscape are hand modelled, allowing her the freedom to sketch with clay and develop ideas during the making process.

Jin Eui explores in depth tonal effects and spatial illusions, creating works that are visually and intellectually challenging. He makes non-functional sculptural works of horizontal and vertical cylindrical forms and functional ware. He applies the principles of creating illusory spatial phenomena such as gradient in tone and size of bands.

St Ives’ potter Sarah has achieved international acclaim for her unique, slab-built work. Since 2002 at the Gaolyard Studios, she has produced distinctive, highly decorative ceramics, recognisable for their rich velvety colours and intricate, hand cut porcelain overlays. Each piece is a delight.

David is a master of his craft with an international reputation. His current work reflects an interest in post war abstract painting and an engagement with the dynamic rhythms of landscape and its interaction with water and erosion. Each piece is exceptional with great presence.

Sophie is a ceramic artist working in Kent. Crossing the boundaries of art, craft and design, her work explores human-object interaction. She takes inspiration from the universal language of pattern, geometry and colour, and the infinite. She combines multiple methods to create highly refined, curious objects.

Joan and Jack produce extraordinary vessels which could only have been made by experienced potters using computer techniques for design and making. The more their work is studied the more one marvels at the complexity of the detail and the originality of their approach.

Antonia seeks to make sculpture that stands as if poised in space, inviting you to reach out and touch. The sculptures ask you to contemplate space, form, light, shadow, stillness, dynamism, silence and poise. They ask you to find within them both personal meaning and a sense of unity beyond yourself. 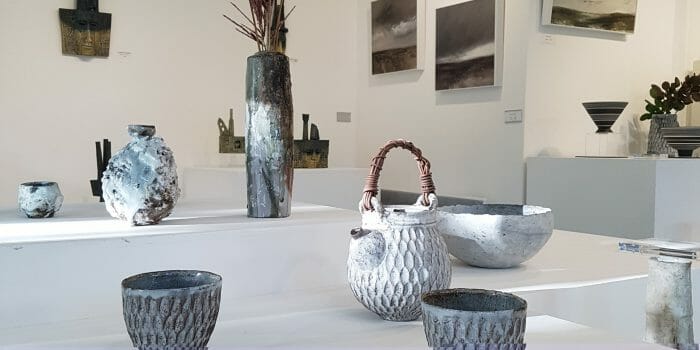 THE MAKERS LUNCH AKIKO HIRAI 6 October 2018   If we needed any encouragement to... 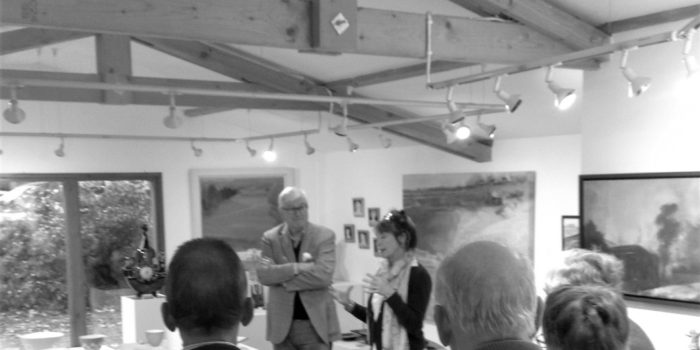 Once again we have had the pleasure of  a most informative and enjoyable two... 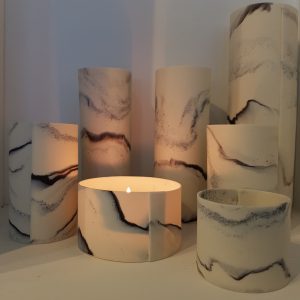 Unique, hand made Christmas Gifts at Bevere Gallery Our Christmas show will feature ceramics from our Gallery favorites with prices starting from £15
View Calendar
Add